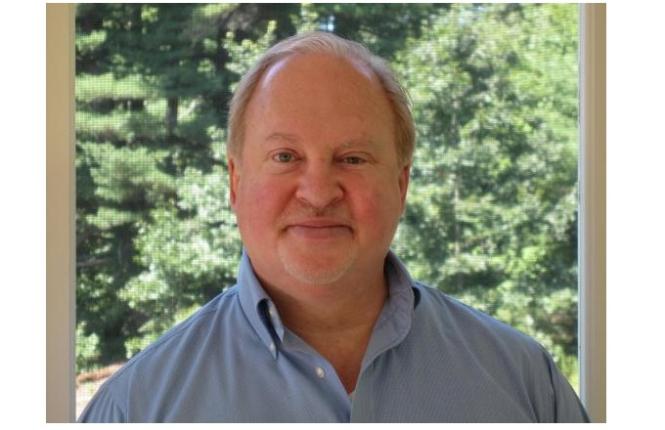 Top 40’s Rebound and Ensuring the Continued Success of Radio

With industry leaders from around the globe gathering later this week in Lisbon for this year’s Radio Days Conference, we wanted to give our input on a handful of pressing topics that are due to be discussed at the event. Joining us is radio guru Guy Zapoleon, who was so kind to provide some follow up on a previous blog post of ours, “Why is Top 40 on a Decline," while also weighing in on the current status of CHR, Social Media, streaming, podcasting, and the overall state of the radio industry.

- As we approach 2022, do you think the fundamentals of programming basics have shifted? In what ways should programmers apply these fundamentals differently given the competitive landscape that our industry faces currently?

GZ - Yes, I still believe that some of the "brilliant basics" have stayed the same, but you can add Social Media as a huge new component to the old 3Ms: Music, Mornings (Personalities), and Marketing (Contesting & Promotions). But let’s review them…

MUSIC: I don't think radio as a whole spends much time or is using its ears as it should on making sure that it’s playing the best music possible. That means listening to all the potential songs that a station/format could play, and there are often 30-40 songs a week a programmer could add. I listened to songs multiple times until I knew if a song wouldn’t fade on me and had staying power, and finally whether it could be a hit or not. Also, I don’t think we spend as much time as we need on the overall sound of the music, which includes how we decide on what songs are true powers, as well as genre, tempo and balance, based on a station’s library demands. I talked about this in Loyd Ford’s The Encouragers Podcast.

Another issue is that we’re not giving songs the chance they need to succeed on the radio. The charts have such a major impact on the hits, and since labels care mostly about streaming because it generates as much as 80% of their revenue, that influences whether they continue to promote a song or not. So right at the point in a song’s lifecycle where a song is just becoming a hit for radio listeners the labels drop it, and it falls or drops from the chart… give the song a chance. After the Covid-19 effect on radio habits don’t expect a song to come through in callout after 200-300 spins, now it takes anywhere from 500 up to 1000 spins. Finally, be open to other music genres, which can cross over from other formats, especially during the Doldrums which we’re still in, even with some of the positive signs Top 40 is showing.

PERSONALITIES: I do miss live & local personalities and I believe that without live personalities you lose the spontaneity of the moment, the surprise that anything could happen at any moment and if you tune away you will miss it: the FOMO factor (fear of missing out). Back in my day we knew that we would win if we did the best job of connecting with listeners and fulfilling the entertainment and lifestyle needs of our audience. Today, radio has social media to help them along and this is an incredible way to connect with listeners, literally in real time, and be present where they hang out the most, on platforms like Facebook, TikTok and Instagram.

Before the 2000s one of the most popular plaques I had on my desk said “Fall In Love With Risk.”

After consolidation radio stations became worth so much money, and what happened was that major companies became afraid of taking the kind of risks the great radio stations of the past took, and radio became afraid to let their personalities break rules, and forced them to talk even less and play it safe. Radio became afraid to play left field music that isn’t on the charts. Radio became afraid of doing crazy stunts and contests that we we’re known for. Radio stopped investing in marketing and promotions. Radio misses those things. Yes, we have a new generation of music consumers that are growing up with radio as a secondary option to Streaming platforms, but radio can still give talent a chance to take some risks, radio can still find ways to connect to younger audience. Personalities still need to connect in person, and obviously that’s more difficult these days, but Radio needs to go where the audience spends their time, and that includes Social Media, which means having presence and making appearances on Facebook Live, Instagram and TikTok. If we do some of these things we can also attract a new young generation of air personalities to radio as well.

- A recent article on Inside Radio indicated that the median age for Pop CHR is 36, meaning that half of the format's listeners are 36 years of age or older. This is a true challenge for a format that is so dependent on the 18-34 demo. In your opinion, particularly from a programming and marketing standpoint, what should Top 40 programmers and marketers do to attract these younger listeners, and more importantly, to retain them and to build loyal listenership from them?

GZ - My previous answer covers a lot of this in detail, but I also don’t believe CHR can focus too much anymore on younger listeners for financial reasons, at least for now. While we can still target younger audiences at night, 5am-7pm has to have a strong adult appeal sound. There may be a time when we can be attractive to a younger audience again, and that will come, but first we need to rebuild what radio is.  Find, coach and put in place great personalities around the clock, create more exciting risk-taking content, harness the power of social media to connect with listeners where they live, use it to expose your great personalities and brand your station. If and when you see more younger listeners coming back to radio, then you can adapt your station appropriately.

- Without a doubt, CHR is the format that relies the most on social media. Is there a danger of going overboard, and what’s the best way to achieve the perfect balance that won’t compromise the sound of a station?

GZ - No, radio needs to focus on social media. The only thing I’d caution against is having personalities overdoing it on social media at the expense of the quality of on-air content and show prep. CHR should continue to focus on increasing its digital presence and go where the listeners are. Also, look for a balance of social media presence between Facebook, Instagram and Twitter, and while TikTok is very important, remember that 60% of the audience for it is 16-24 year olds.

- Back in March when we spoke you said that 2020 was one of the worst Doldrums periods we had gone through in any music cycle. Are we out of this phase now, and where are we heading?

GZ - Looking at the most recent ratings we’re still in the Doldrums for Top 40 when the format is still averaging #7 overall in the 6+ Nielsen ratings behind Newstalk, AC, Country, Classic Hits, Classic Rock, and Urban AC/R&B. While there are just over 30 Top 40 stations that are Top 5 in the Top 100 markets, most of the individual Top 40s in most markets are #7 and quite often still below the Top 10. However there are definitely some signs that things are changing for the positive as a number of heritage Top 40s, often the ones with strong morning shows, are back into the Top 3 or even #1 in the highly-coveted 18-34 demo. Stations like KIIS-FM in Los Angeles, KYLD in San Francisco and WWWQ in Atlanta are #1 again, and in the 6+ category Z100 in New York has moved from 7th to 5th place, and Kiss 108 in Boston is now in second place...

Another good sign is that radio listening is shifting again from home to the car as more people are returning to normal activities as the Covid-19 recovery continues in most places.  Radio listening levels are now back up to pre-pandemic levels, but Top 40’s actual share hasn’t increased when you look at the 6+ Nielsen ratings overall; the format is still 4.5-4.7% down from the pre-pandemic era. Advertising is also showing positive signs for 2021 & 2022, with Legacy formats pacing at around 11 billion USD, Digital formats somewhere near 4.8 billion, and terrestrial radio projecting an increase of 17% in 2021.

- In a world of streaming music, what is most important thing that a music-driven station can do to ensure success?

GZ - For radio it is imperative to focus on your current listening audience, the one measured by Nielsen, and NOT the one that spends most of its time on streaming platforms. These are not the same listeners – but they may be at some point – so focus on the most accurate way to measure the tastes of radio listeners and create your CRGs (Currents, Recurrents, and Golds) through music testing like OMTs and weekly callout cycles. Streaming, Shazam and sales are great tools to better understand future trends because they are usually 6 weeks ahead of the average listener. They can be useful in keeping faith in new songs as they come through in callout. HitPredictor is also an excellent tool in examining new music, where if a song has a strong HitPredictor score for your format then there's a great chance it’s a hit, and the higher the score the bigger the hit.

- How does podcasting fit into the plan for the future of music radio stations?

GZ - It’s a great way to expose personalities and their content in a deeper way than you normally would on the air, so it’s a good branding and marketing tool for music radio personalities. Hubbard's always-brilliant Jimmy Steal made an incredible observation of a potential option in the future, and that is a customizable radio station of mostly music podcasts that listeners can program themselves, which includes different music choices, personalities, and even lifestyle elements such as traffic, weather, and pop culture information, all delivered in real time and plugged in for users as they consume their custom program on their way to work or on the ride home.

- What kind of changes do you envision in music radio in the coming years?

GZ - Social Media will become an even greater and more integral part of what we see today and broadcasting personalities and events on Social Media will become even more essential and more interactive with its listenership.  Musically, my hope is that we will have better, more reliable information about music from streaming services, even real time information so that radio can be more accurate in delivering what listeners want from a music standpoint.  As I said before, radio became afraid of doing all the things that made it great, and the bottom line is we can’t be afraid of taking risks and having fun, and I don’t think it’s too late for radio to do these things for its survival.

Global Media Research & Consulting Partners specializes in providing the highest quality and most innovative market research and consulting services to the radio industry.  Should you want to learn more about us or our research services, please feel free to email us at info@GlobalMediaRCP.com.

Radio In the Time of War: A Report From Kyiv, Ukraine

Why is Top 40 on a decline? Guy Zapoleon, President Zapoleon Consulting, chats with Global Media