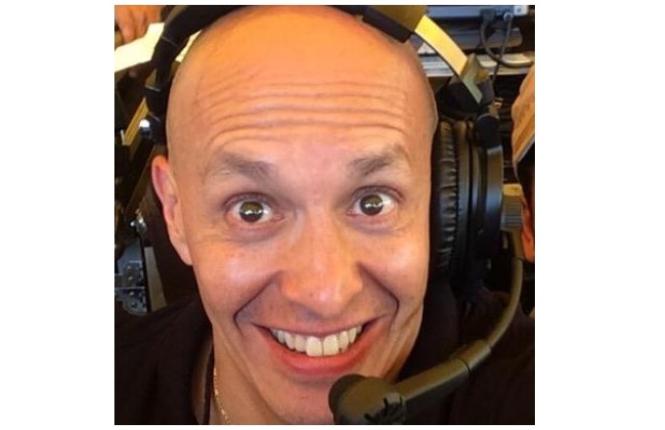 We have been profoundly moved by the tragic news from Mexico this week.  Despite some glimmers of hope coming out of the rubble following their 7.1-magnitude earthquake, this has been a very tough time for our neighbors to the south, and we are very much with them in spirit.  It is in keeping with this spirit that we are choosing to spotlight this wonderful city.

With a population of approximately 25 million inhabitants, Mexico City, better known as “El DF,” is the epicenter of Mexico.  The daily hustle and bustle of the largest city in the northern hemisphere is non-stop, and the media plays a crucial role in terms of information and entertainment.  For over 50 years, Grupo ACIR has had a very successful trajectory as one of the most distinguished leaders in radio across the country, with a strong presence in Mexico City and nationwide with over 100 stations.  We have had the pleasure of working with Grupo ACIR for over 15 years and are pleased that Manuel Fernández, the company’s Director of Programming and Production, is sharing his experience and knowledge about this fascinating market.

GM: Could you please give everyone a general description of the market, both locally in El DF, as well as nationally?

MF: The Mexican market has grown tremendously over the last few years, especially in the interior of the country.  With more than 1500 radio stations, as you would expect, it’s also a very competitive market and one that’s quite fragmented.  Additionally, it presents many challenges from an economic standpoint because most of the revenue is concentrated in the three biggest cities: Mexico City, Guadalajara, and Monterrey.

GM: Grupo ACIR is one of the largest broadcasters in the country.  Can you give us a history and background of the company and its current portfolio? What are some of the formats and stations with the biggest presence?

MF: For more than 50 years, Grupo ACIR has grown and made its mark all over the country.  We currently have 64 signals in 23 cities, in different networks.  Our biggest brand is Amor (https://amorfm.mx/amor-95-3-cdmx/) which focuses mostly on romantic songs and ballads in Spanish.  Recently we launched Radio Disney (http://radio-la.azurewebsites.net/mx/#!/categorias/16/destacados) which is a CHR, through our partnership with Disney México.  We also run a Grupera network known as La Comadre (https://lacomadre.mx/la-comadre-1260-am-cdmx/) .  On the English side, we have Mix FM (https://mixfm.mx/) which is a Hot AC format that plays English songs from the 80s, 90s, and 2000s.  Our cluster also includes a News/Talk format called Siempre (https://siempre889.mx/), and the main show on that station is Panorama Informativo.  Lastly, we have a Spanish Oldies network, Felicidad (https://radiofelicidad.mx/), which is offered through our AM signals.  So, as you can see, we have a very diverse portfolio for both our listeners and advertisers.

GM: One of the most successful formats in Mexico, as well as in many cities in the U.S. and some countries in Latin America, is Regional Mexican.  In your opinion, why do you think that such a unique format has had such a major impact, and who are some of its biggest artists?

MF: The Regional Mexican format has evolved throughout its history.  At times it has leaned more Banda, other times more Norteño, and occasionally Salsa, Cumbia, etc.  One of the main reasons why it has succeeded is because it’s a reflection of the Mexican culture and it’s a very popular sound.  There have been a lot of different artists that depending on the region have broken through, but some of the most universal names are Banda Recodo, Banda Limón, and Vicente Fernández, among others.  Today, more than ever, you can pretty much listen to Regional Mexican everywhere in the country.

GM: Over the last few years, the measuring of ratings has been a controversial topic, especially in Mexico City.  Well-known companies such as Arbitron/Nielsen and IBOPE have abandoned the market, and currently there’s no reliable service that provides such vital information.  In this uncertain climate, how does Grupo ACIR operate and how has this affected the market?

MF: The root of this problem has always been the proliferation of so many ratings providers that unfortunately have proven to be unreliable.  We have chosen to invest in our product and conduct market research for over 15 years, and this has grown our brands and kept us competitive.  I can guarantee you that if you jump in a cab or an Uber you’ll find the driver listening to any one of our stations, and to me that’s a great proof and validation of ratings.

GM: Grupo ACIR was one of the first companies to invest in market research in Mexico (since 2001).  What are the benefits and challenges of this information, and, more importantly, how have you been able to implement the findings on the air for each of your stations?

MF: Around the year 2000, things began to change at Grupo ACIR.  This is when we embraced new research methodologies and systems to build our brands.  Initially, we started with a few projects, and as we saw results throughout time, it became part of the culture of our company.  This means that nowadays before we make a decision that could affect the product or marketing of any of our stations, the first step we take is to conduct market research.

And, over the 15-plus years that we’ve implemented this process, we’ve seen time and time again proven results… all of our brands, from the ones that have had a long presence in the market to our newest ones, have solidified their position, which has allowed us to make sound decisions to improve our programming.  Bottom line, research has had a direct effect on incrementing our revenue and on the overall growth of the company.

GM: Social media now plays a key role worldwide.  What are some of the platforms, musical or non-musical, that have had a major impact in Mexico, and how has Grupo ACIR integrated them in its programming?

MF: Social media is now part of a socio-cultural process of our daily lives, and if you don’t participate in it, you will be left behind.  Here in Mexico, Spotify is king.  Apple Music really hasn’t done much, and Pandora, because of legal reasons, has not been able to penetrate the market.  However, Spotify is to a certain extent a “classist” platform because currently mostly young people and persons in the socio-economic level “A/B” (the segment of the population with the highest spending power) are the ones who have access to it, while the rest of the population doesn’t.  This will change over time and it will reach the masses.  But, for now, Grupo ACIR is fully committed to developing the necessary platforms that will compliment all of our brands.

GM: As you see it, what are the opportunities and challenges that radio is facing in Mexico, and specifically what role will Grupo ACIR play in the coming years?

MF: The biggest challenge for radio, not only in Mexico but everywhere, is to remain relevant, and I believe that radio has always had the ability to adapt to all the different changes in the media.  Now, more than ever, it’s essential that we create and offer content that our listeners can access anywhere, anytime, whether it’s through a cell phone, a regular radio, or any other device.  This is something that we’re working on, not only with our stations, but our digital/online efforts, shows and concerts, etc.

GM: Speaking of shows and concerts, Grupo ACIR has recently made a dent in this area by producing a large quantity of events nationwide.  Walk us through the “step by step” of this process and how you put everything together?

MF: All of our events stem from creating another source of marketing in order to sell our brands and to increase visibility with our listeners and advertisers.  This also represents another revenue stream for the company.  Having said that, our policy is to never charge our listeners admission to any of our events because we’re not in the business of producing concerts, although all of them are produced in-house.  On the contrary, we see this as a major benefit that allows us to position ourselves in front of our clients and listeners.

GM: We would like to thank Manuel for his keen insight.  At the same time, we want to offer our support and solidarity to our friends and to the entire population in Mexico City.  Rest assured that their indomitable spirit will continue to triumph!

Radio In the Time of War: A Report From Kyiv, Ukraine

Top 40’s Rebound and Ensuring the Continued Success of Radio